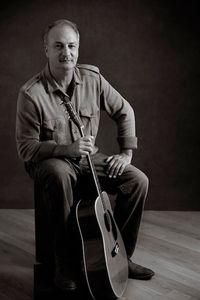 “Stephen's songwriting is at the same level as Paul McCartney & Springsteen, on top of this, he brings a fresh and vibrant twist to the rock sound.” —Band Camp Diaries

“Stephen's ‘Soul Hydraulics’ showcases exactly why he is such a highly respected musical figure.” —The Artists Central

“It's setting out to be a great year for our New Favorite Singer Songwriter.... His sound overflows with undeniable authenticity; as an artist Stephen Jacques is completely himself, and we can't get enough.” —Skope

“Not a doubt in my mind that the underground that spawned him will soon be too limiting an environment to contain his star-power.” —Too Much Love Magazine.

“Stephen Jacques is, by every definition, a genuine pop perfectionist. His talents appear to come naturally, every track emits a purity and passion.” —Gold Mine Magazine