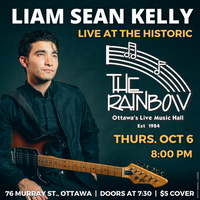 Liam Sean Kelly is a singer, songwriter from the tiny island nation of Aruba. He spent his part of his youth living in Amsterdam, The Netherlands, before returning to Aruba in his early teens.

While back in Aruba, Liam honed his vocal skills by performing at private functions, and competing in singing competitions. Once he completed high school, Liam moved back to The Netherlands to attend culinary school, and continued to write and perform with a new band.

In late 2020, Liam decided to focus on music full time. and made a final move back to Aruba. After writing & performing at various venues for the last 1.5 years, it’s time to take his songs on the road, and prepare for their international release on all streaming platforms.