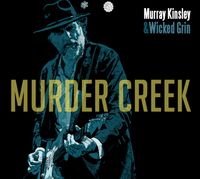 Gritty vocals and guitar and an “in your face” groove that doesn’t quit!

Murray Kinsley & Wicked Grin was a semi-finalist at the International Blues Challenge in Memphis, January 2019.